Love & Horses Part 4 - Till Death Do Us Part, For the Love of a Horse Love & Horses Part 4 - Till Death Do Us Part, For the Love of a Horse

My obsession with the horse began on a bouncy horse toy, then moved to Breyer horse collectables, my Johnny West doll and his horse Flame and watching black and white westerns on TV.  Ever since I was a child, horses have been my passion and love. Watching how effortlessly those steeds carried their riders across the landscape on the western tv shows made me long to have that experience. Roy Rogers, The Lone Ranger, John Wayne, they all represented the kind of courage and independence that I just knew their horses provided for them. So I began to dream of the day I would have my own ‘drinker of the wind’.I just feel connected with them. 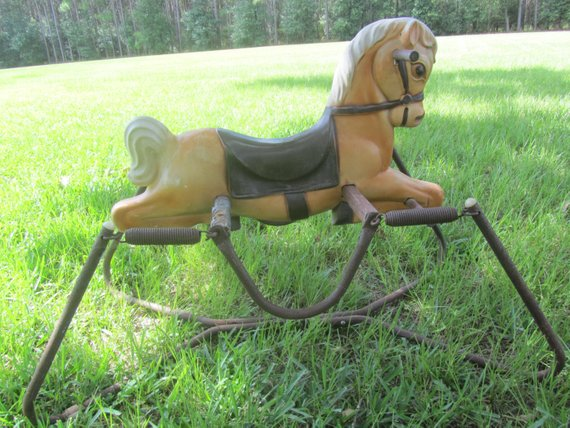 At the age of ten, my grandmother presented me with a Shetland pony. He was a gelding and my first horse ‘love interest’. There wasn’t enough time in the day to brush, hug and ride that short legged furry ball of fire. I hated to leave him at the end of the summer, but my family resided in the city and I had to leave my true love behind. School months in the city were spent dreaming of what horsey adventures the next summer would contain with my pony and country friends. 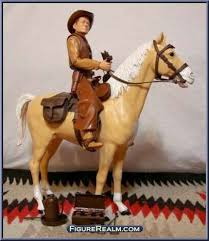 At the age of fourteen during my summer farm visit, I realized that my boy riding companions were acting different towards me. As a competitive tomboy all I wanted to do was race those boys on their ponies back to the barn and win. If they wanted to spend time with me it would be spent riding and exploring the fields and dirt roads.

What I began to realize was that those boys liked being around me, not the ponies! The two brothers  I rode with each summer had begun vying for my attention, on or off the ponies. “Yuck!” were my thoughts. On one occasion Vic and I were in the barn and he wanted to introduce me to a cigarette. Within minutes his brother, Chris had a water hose on full blast pointed in our direction!  Another time, while back home in school, Chris sent me a letter containing a horse bracelet. He wanted us to to steady, I wanted to throw- up!

Growing UP Required a Change in Riding Buddies

I was still a tomboy and just wanted to have companions to share my equestrian passion with. As the years progressed  through jr high and the freshman year of high school my riding 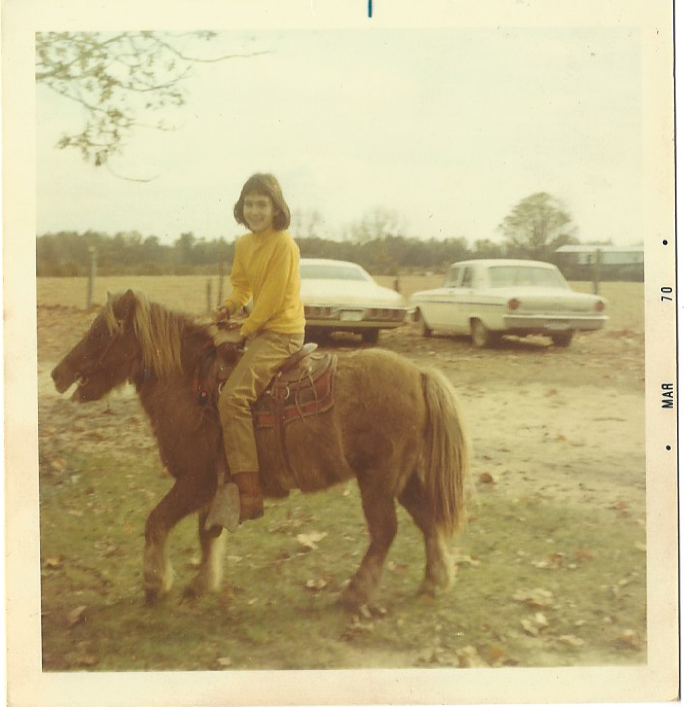 companions during the summer became the younger cousins of Vic and Chris or I rode alone. The boys my age were no longer interested in horses.  Did I like boys? Sure I did, but I liked riding horses better! So when time was short and the summer months were burning up, I made my choice, time with my horse.

I was fortunate enough in my high school sophomore year to board a horse of my own near our home. My riding companions changed to girls as we all seemed to have more in common.  We talked about boys on our rides and of course we engaged in high school dating, but the dates never involved conversation of horses. All the boys I knew would rather be on a boat or a motorcycle, certainly not a creature with it’s own mind and attitude. One boy I dated for years commented “Oh I rode and took jumping lessons when I was a kid. But that was it”.  His remark told me so much about his interests. Clearly he was not attached to his animal like I was. Agricultural College followed High School. My study interest was interior design and  financial restrictions didn’t allow for me to keep a horse. I did take a riding class at college which led to an interest in being an exercise rider for  the Arabian show horses that resided there at school. Unfortunately the refined riding skill they preferred was not a part of my expertise, so I had to to keep my love interest alive elsewhere. I would subscribe to horse magazines, admire horses from a distance.and vowed to someday have my own horse again.

During the 26 years of being horse-less I was also dating and pursuing a career. There were casual dating relationships and one engagement, but in the depths of my soul my heart still longed to have a horse in my life again. My time was consumed by work and horseback riding was just an occasional hobby. Yet I still surrounded myself with the equine, in my home decor, in magazines and in my dreams to own a farm and horses again.  My decision to chose my career and farm goal was stronger that the desire to marry a man that did not truely share my passion for horses.

My career ended up taking me through four moves across country, three motorcycles, (it was still “horse” power after all) and male friends. The guys I met in the cycle groups were interested in gasoline horsepower not hay power.The day came when I settled in  Birmingham AL where I met Bill, who owned horses, but sadly didn’t actually ride them. We rode motorcycles to go see his horses. At least it was a start and someone who finally shared my horsey interest. To my dismay Bill was diagnosed with cancer and passed away in a few months. He had willed me his off-the-track thoroughbred mare and that is how I ended up with my own horse again after twenty six years.

Love was a beautiful black 15 hand beauty. The only downside was she was 19 years old and had a racetrack knee injury. This limited the things she was able to engage in. Fortunately, where I had Love boarded, they had a cute 2-year old Arab they were willing to part with.  She soon became mine. My job took me to Atlanta from Birmingham. So I kept Love there and moved my Arab to within a few miles of my new home.

In the fourteen years of boarding in Atlanta my horse-time was limited by weekly trips out of town for work. The only men I met at the boarding facilities were either husbands, boyfriends pr wanna-be cowboys. There was a situation where one woman’s husband would be there early in the morning to feed their horses. On the days I was going out of town I would also arrive early to love on my pony prior to headed to the airport. He began to make flirtatious comments, which I ignored. One morning he flat out asked if I would have a fling with him. “If it’s ok with your wife”, I retorted back. After that I avoided him as best I could. Eventually I moved to a barn where it was full of professional women and happily married husbands. I spent six wonderful years there before finding my own place

While balancing my career and horse passion in Atlanta,  I met the man who would finally share my interest in horses and the country.  We rode motorcycles together and he also enjoyed horses and rural life. Our relationship was progressing along and I was happy knowing he thought it was wonderful that we would someday own a farm together. We lived 200 miles apart and I would often miss his phone calls because I spent every evening possible with my horse.

Then the bomb hit. One day we were sitting in the car talking and he asked me to listen to a few voicemail messages left on his mobile phone. The message apparently was not the first one I had left with my happy voice saying “Sorry I missed your call honey, but you know if you can't catch me after 6 pm live, it’s because I am with my horse”.  After the third message was completed, he looked at me with a serious expression and commented, “You are obsessed with your horse”.

Emotions can’t describe the hurt, frustration and disgust I felt at that moment. I didn’t even know how to reply to that statement. I felt like a child being reprimanded by a parent. That relationship in my mind was terminated at that moment. In fact he was the last man I dated.

Take Away: That was many years ago and I haven’t missed dating. I have completed a successful career and retired from that routine.  I then jumped into my pursuit and attainment of owning my own horse farm. After years of searching I settled on a place that had lots of potential but also needed lots of love.  The work on the property and my ongoing horse activities have fulfilled me in every area. I thought a male presence should be a part of my life but I think I made the right choice by making my passion a part of any relationship I was going to have. Would I someday like to meet a male companion who truly enjoys horses, sure!

If I don’t, then as Doris Day sang so beautifully ~”Que Sera Sera”

"My name is Nancy Fitzgibbons and I am a featured blogger for GoHorse.com. I've been a horse enthusiast for many years.  After a career in the pharmaceutical industry I have "retired" to farm life and pleasure horses. Just as much hard work, yet more fulfillment than ever."

At GoHorse.com we believe our users and community are filled with experts and unique people who can offer valuable insights from their experiences. We use guest blogging as a way to give them a voice and a platform for sharing their information and knowledge. These are their opinions and recommendations and not those of GoHorse. If you too would like to write for us please contact us here.
Check Out our Final in this Series Love & Horses Part 5